skip to main | skip to sidebar

A Sad Day for a Cat Lover

Not a good time for Goldberg cats. First, mys sister Toby lost her beloved Desdemona a few months ago, then my Mom lost Ginji last month. Well, last week our cat Hobbes passed away. I'd like to believe he passed peacefully in his sleep with no suffering, but I'll never know for sure.

I got Hobbes back in January of 2000 when I was still single. At the time I was living in a small one bedroom apartment and my step-mother, Karen, called to ask if I could help out with something. It seems her ex husband, Frank, had a "tiny little cat" that he couldn't take care of anymore due to health issues and she thought the cat would be perfect for my small apartment. I've always loved cats (we had plenty growing up), but I hadn't actually owned one since moving out of my parent's house years before. And so I said, "Sure, why not!"

I bought a small kitty carrier and went to pick up this "tiny little cat." Imagine my shock when I got there and discovered a VERY large (long, not fat) cat who weighed in at around 23 pounds! As it turns out, the last time Karen had actually seen Hobbes (who was named Cornbread at the time, incidentally), he must still have been a kitten. Oops... As a result, though, I've always assumed Hobbes must have been about a year old when I got him, but I'll never know for sure.

It took the newly renamed Hobbes (named after the tiger in Calvin and Hobbes) a few days to get used to his new environment, but pretty soon he took to jumping onto my bed every night to snuggle as soon as I climbed in and turned on the light. At first, that was the only time he was demonstratively affectionate, but in his later years he started jumping on my lap when I was working on my computer, and over the last year he would always come on the couch whenever I was watching TV in the basement and lay his head on my lap so I could rub his belly for an hour or so.

One funny story is that Hobbes' original owner was a heavy smoker and Hobbes must have gotten used to the smell. Soon after I got him I happened to go to a restaurant where smoking was allowed (this was way back in 2000, remember) and came home reeking of smoke. That was the first time Hobbes started rubbing against me and purring, and I imagine he missed his original owner a bit. Perhaps it also helped him accept me as his new owner.

Hobbes was such a long cat that he could put his paws around doorknobs and used to bat at the security chain on my apartment door (which I eventually had to remove so he wouldn't keep me up all night playing with it). He did eventually develop a bit of a belly over the years, but I was always amazed at just how long of a cat he was.

I'm heartbroken, but as I keep telling my son, Hobbes lived a very happy life, with plenty of food, comfort, love and affection (both given and received). And he will live on in our memories forever. 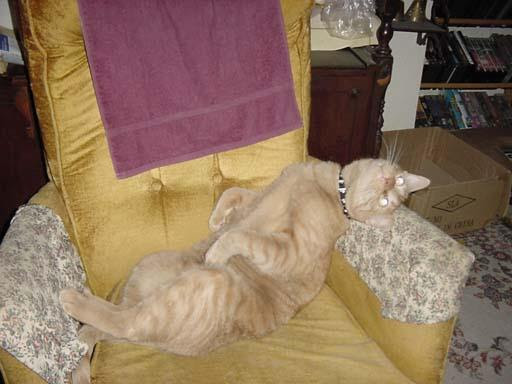 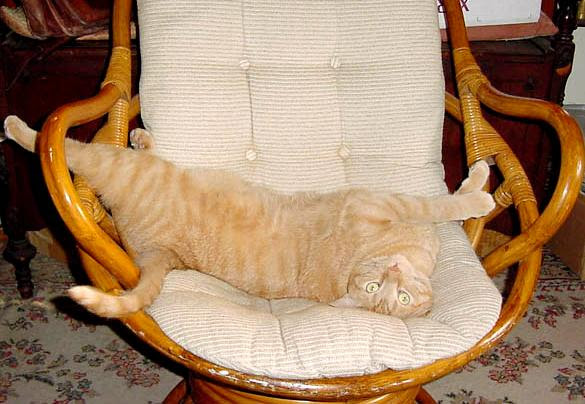 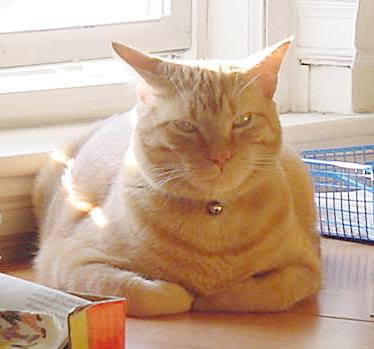